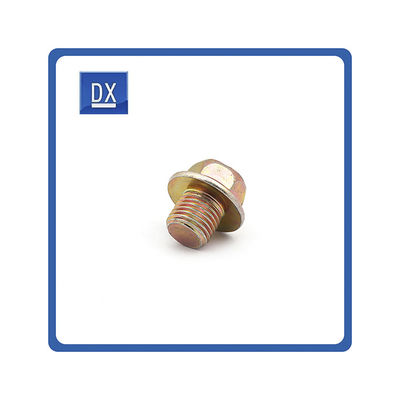 We manufacture various nonstandard threaded plugs. The following informtion is about thread. All the thread is OK for us.

The types of thread can be divided into triangle, trapezoidal, rectangular, zigzag and circular arc threads according to the tooth type; left-handed and right-handed threads according to the thread direction; single line and multi-line according to the number of spiral lines; cylinder and cone according to the shape of thread matrix. According to the use, there are three main categories: first, connecting thread for fastening, that is, bolt and nut; second, transmission thread, which is the kind of lathe tool feeding; third, pipe thread, for pipe connection. This paper will teach you how to distinguish different thread styles and standards. International metric thread system: the thread adopted by our national standard CNS. The top of the tooth is flat, easy to turn, and the bottom of the tooth is arc-shaped to increase the strength of the thread. The thread angle is 60 degrees and the specification is expressed in M. Metric thread can be divided into coarse thread and fine thread. For example, m8x1.25. (M: code, 8: nominal diameter, 1.25: pitch).

Except the this style, we have a variety of screw plug types, including but not limited to the following 10 categories:

Information below is Expanding knowledge on socket screw plug and screw fasteners:

How To Describe The Diameter And Length Of The Socket Head Screw?

Attentions on how to use screws:

Although under normal conditions, the screw will not be damaged naturally, but once there is a problem, it may cause serious consequences such as parts loosening. Correct use habits and daily checks are important:

1. Pay attention to the tightening force of screws

Right people think that the tighter the screw, the better. In fact, screws have their torsion range. If it is lower than this range, it may cause looseness. If it is higher than the range, parts or screws may be damaged. The best way is for technicians to operate in a professional garage with a torque wrench. If there is no such condition, we must pay attention to it. Do not continue to tighten the screw, otherwise it will cause screw thread sliding teeth, resulting in the scrapping of the whole part, or screw the hexagon groove of the screw round, which is not easy to loose.

2. Lock the same plane. If there are more than two screws, one by one is required

Take the stands. Most of the front cover of the bracket is locked by 2-4 screws. When locking four or more screws on the same plane, they should be tightened diagonally one by one. We can't tighten one screw directly at a time. We should tighten them one by one several times. When there are 2-3 screws in the same plane, they must also be locked evenly.

3. Replace damaged and seriously rusted screws and tools in time

Some socket head screws will gradually become round after being loosened / tightened several times or locked excessively. Please replace it in time, otherwise it will be difficult to disassemble or the hexagonal groove will be completely rounded when it is locked. The hexagon wrench can also be used for many times, and it will cause great damage to the screw if it is not replaced in time.

Excessive rust on the strength of the screw will be affected, and it needs to be replaced. If it breaks during use, it may cause danger.

How Are Screw Fasteners Produced?

1. The metal materials for screw manufacturing generally use the wire rod which has been made into screw award in advance. Because the wire rod will deform and become thick after forging, we should select the wire rod with slightly smaller screw shaft according to the demand.

3. The first punch moves to make the wire ready to form, and then the second punch moves to forge and press the wire again to form the finished product. In the cold heading process, the number of fixed dies (pressing dies) and stamping (flattening) dies (punches) are not the same. Some complex screws may need multiple punches to form, which requires multi station equipment to form screws.

4. After the movement of the punch, the head of the screw has been completed, but the part of the screw shaft is not threaded. The forming method of the screw thread tooth is to rub the thread. Thread rolling is a kind of cylindrical blank formed by multi station or heading machine by using two relatively rotating thread rolling die (rubbing plate) with thread teeth engraved.

5. After starting and rubbing the teeth, the whole screw has been produced. Of course, in order to make the appearance of the screw brighter and better performance, the surface treatment process is usually done. Such as stainless steel screw cleaning passivation, carbon steel screw surface plating and so on. Make screws and fasteners of various colors.